Sherlock Gnomes and his assistant, Gnome Watson, storm into London's natural history museum, where their nemesis, a pie mascot named Moriarty, is holding gnomes hostage, planning to smash them. After a brief battle, Moriarty is defeated by getting seemingly crushed by a dinosaur skeleton. Meanwhile, Gnomeo and Juliet, as well as the other gnomes, are moving to London. While there, Gnomeo and Juliet are declared the new leaders of the garden. Noticing that Juliet has cast him aside to improve the garden, Gnomeo leaves to find a flower as a centerpiece, but nearly gets caught in a shop, forcing Juliet to rescue him. Gnomeo and Juliet return to the garden, but then find out that all the other gnomes have gone missing. Sherlock and Watson show up at the scene to investigate, and after Gnomeo and Juliet help them escape from a sewer flood, Sherlock agrees for them to team up. 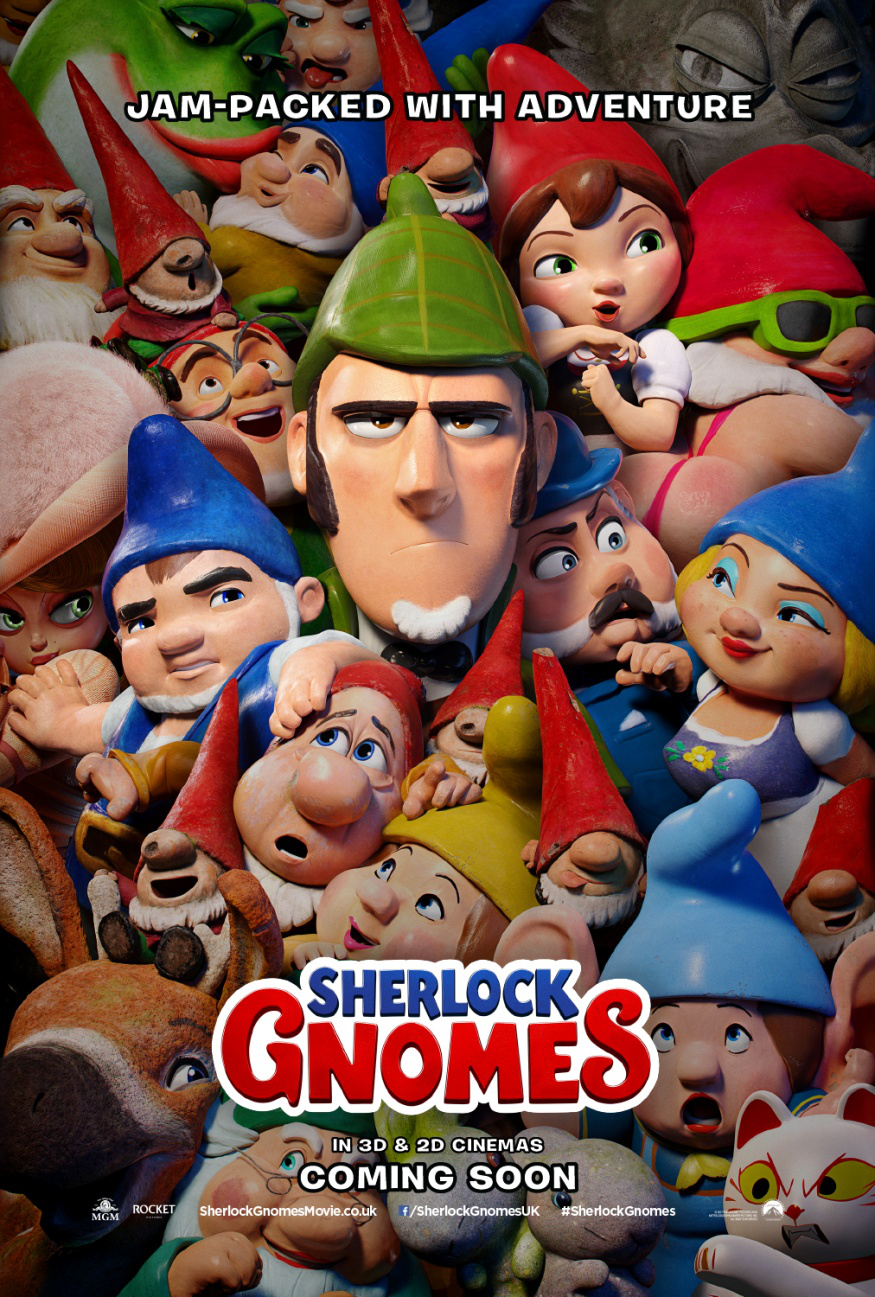