‘Hellboy’ To Be Unleashed In China Via JL Vision Film 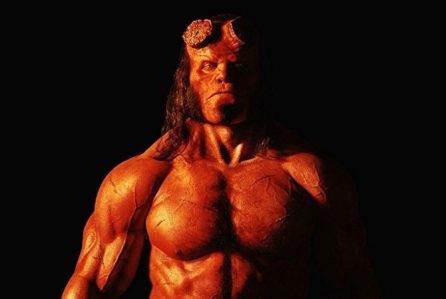 EXCLUSIVE: Millennium Media has set an agreement with China’s JL Vision Film for the latter to distribute the 2019 Hellboy reboot in the Middle Kingdom. Starring Stranger Things’ David Harbour and Resident Evil’s Milla Jovovich, the Neil Marshall-directed monster movie will begin its international rollout April 10. Lionsgate is opening it domestically April 12. The China date is not yet set, though April 12 is the aim.

Harbour plays the titular dark hero who first came to life in Mike Mignola’s graphic novels. An immensely powerful demon who works for the government’s Bureau for Paranormal Research and Defense, he returns with a vengeance in this update. Assigned a mission in London, where the ancient spirit of an evil witch has come back from the dead, he’s caught between the worlds of the supernatural and human as he battles the sorceress. Ian McShane, Daniel Dae Kim and Sasha Lane also star.

Guillermo del Toro previously directed two Hellboy movies, 2004’s Hellboy and 2008’s Hellboy II: The Golden Army. Both starred Ron Perlman and the sequel was released in China, grossing $2.4 million well before the market became the powerhouse it is today.

Chinese outfit Vision is a rapidly growing foreign film investment company. From 2014-2017, Vision invested over $400M in more than 100 titles. In 2018, it had money in over 30 global releases. It recently partnered with MGM to release Creed II in China.

“The start of our partnership with JL Vision Film to release Hellboy in China is a win for all — the Chinese audience, the film, the franchise and for both companies. Their enthusiasm for films, and for this franchise, is infectious and we’re proud for them to take the Hellboy reins in China,” says Millennium Media president Jeffrey Greenstein.

Adds Vision CEO Ricky Qi: “As a big fan of Hellboy, I am honored and proud to be distributing this wonderful reimagining. We look forward to unleashing Hellboy to its legions of Chinese fans.” Further, “It’s really a successful and smooth cooperation with Millennium Media. Our plans are to work together on more titles in the future.”