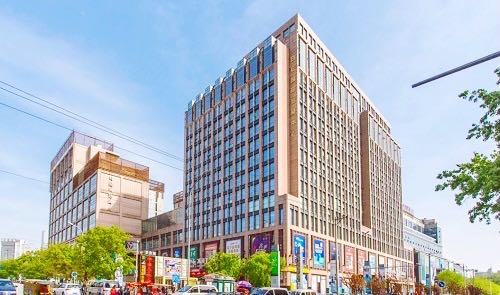 JL Film Entertainment Limited committed to bringing in a constellation of classic foreign movies and helping with overseas distribution of excellent Chinese movie projects to gain a broader arena. JL Film Entertainment Limited mainly operates literary and artistic creation, trade and distribution of various copyrights (including but not limited to those of movie and television play, broadcasting and TV program, documentary, anime, literary property, etc.), film distribution and projection, and broadcasting and TV program making to name just a few.

So far, the company is working on 3 project categories: new media, theater chain and overseas distribution with as many as 5700-plus projects under negotiation continuing into 2025, among which there are projects concerning 6 major Hollywood studios. It has succeeded in the distribution of more than 100 outstanding works like Detective Conan: Sunflowers of Inferno, A Silent Voice/The Shape Of Voice, Annihilation，2:22 ，Knives Out，Life Is Beautiful，Ride Your Wave，CREEDⅡ, I Want to Eat Your Pancreas with such movie projects as  Tabineko ripôto,  Godzilla Trilogy，Pick of the Litter，Greenland ，Cash Truck，Yedinci Kogustaki Mucize，Josee, the Tiger and the Fish under way.

JL Film Entertainment Limited has a high-quality professional team consisting of first-class talents in management, planning, distribution and other fields with abundant film-television industry experience, a wealth of interpersonal contacts and a learning ability of continuous innovation. Apart from Beijing, it has also set up branches in Japan, the US, and Britain with resources all over the world.

The founder and CEO of Beijing Juyuan Yipin culture media Co., Ltd. has extensive and rich experience in the field of film and television and copyright. During his tenure, he introduced hundreds of overseas film and television works for the company.

Pool everyone' ideas and link up global films